Skip to contentSkip to navigation

The INSITE Programme is a Joint Industry Project (JIP) initiated by oil and gas companies to build an independent body of research to provide scientific evidence on the role of artificial structures in the marine ecosystem. It started life in 2011 under the not-so-catchy name of ‘The Long-Term Environmental Study’. Realising that we needed a more appealing identify, we came up with INSITE – INfluence of Structures In The Ecosystem and despite the prevalence of many ‘Insights’ and ‘Insites’ on the internet, the branding has served the Programme well.

INSITE has always sought to facilitate the link between industry and science and both academia and the oil and gas industry live their lives by acronyms, so the name was initially rather unintended common ground.

Since 2013 when we started talking publicly about the Programme, the branding has been important. It gave the JIP an identity, but also provided focus on the subject matter. It highlighted the fact that industry is genuinely interested in the influence of its structures in the oceans and are committed to ensuring the science funded by INSITE is demonstrably independent and the outcomes will become part of the scientific literature in the usual way, i.e., published in peer reviewed journals.

Despite where the oil and gas industry is in its lifecycle, (i.e., interest in the ecology around offshore structures is largely from the decommissioning perspective) the INSITE Programme has always been focused on the role of all offshore structures: oil and gas, renewable energy and to some extent wrecks. This is important as the marine organisms have no idea whether the steel or concrete substrate they inhabit is a legacy oil and gas installation, or a brand new wind turbine foundation. It has also been important to cover all structures as it serves to connect the scope and relevance of all INSITE-related research across the marine science community, regardless of where their funding is coming from.

It has been interesting to see how beyond its investment in primary research, INSITE has provided a spotlight on this area of marine science. As the offshore wind sector looks forward to massive global expansion within the transition to low-carbon energy production, understanding the role of anthropogenic substrate in the marine environment must be of vital importance to developers and regulators, building on the head-start provided by the INSITE Programme.

It is evident however that at the halfway point of Phase 2, which has confirmed a total investment of around £10Million by INSITE and our partners NERC and CEFAS, the name INSITE is seen by many stakeholders in the energy sector and academia as exclusively focussed on oil and gas decommissioning. This potentially misses a massive opportunity to build high quality scientific evidence into the current and future decisions around the deployment or removal of structures to and from the marine environment.

I would encourage anyone, from any sector or stakeholder group with an interest in how structures placed in the marine environment for whatever purpose, influence that environment, to go to www.insitenorthsea.org and delve into the INSITE treasure trove of research completed in INSITE Phase 1 and ongoing in INSITE Phase 2. Alternatively, reach out to me directly to learn more: richard.heard@insitenorthsea.org. 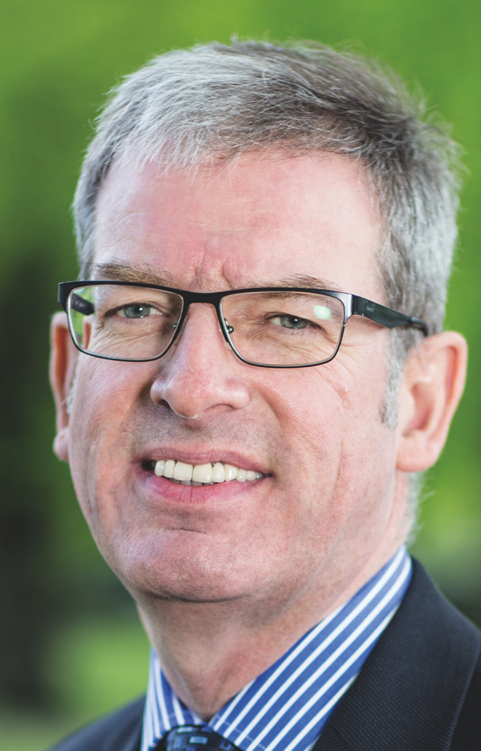 Richard is Programme Director at INSITE. He began developing the governance model for INSITE in 2012 which having secured industry support, led to the launch of the Foundation Phase of the Programme in 2014.